Los Angeles is sometimes portrayed as a sea of sprawling, nondescript subdivisions, but scattered through the city’s hillsides is a wealth of extraordinary residential design from architects like Frank Lloyd Wright, John Lautner and Richard Neutra. When these masters migrated to L.A., they were unaware their designs would someday star in Hollywood movies.

The mid-century modern movement gave residential architecture a dazzling aesthetic that was irresistible to the movie industry, and no architect seems to have captured the imagination of Hollywood location scouts and production designers more than John Lautner. Alan Hess, prominent architecture critic and historian — his book The Architecture of John Lautner is an authoritative retrospective — underscores the architect’s attraction to creative people. “Southern California’s atmosphere allowed him the freedom to explore new forms and structures, and provided him with a rare group of adventurous clients that supported his ideas,” says Hess.

In the 1971 James Bond thriller Diamonds are Forever, the Lautner-designed Elrod House in Palm Springs steals the scene as easily as any of Sean Connery’s leading ladies. The home, noted for a circular domed roof that preserves panoramic desert views, demonstrates Lautner’s deft use of concrete, one of the architect’s favored materials.

Chad Oppenheim, a celebrity architect and movie buff, is the co-author of Lair: Radical Homes and Hideouts of Movie Villains, a stylish volume that examines how Hollywood tends to assign the coolest looking houses to the bad guys. One of the homes he discusses is the Elrod House, and in an interview last year about the book, Oppenheim explained that Lautner’s ability to seamlessly blend architecture with the natural world has been an inspirational theme in his own Miami-based practice.

Oppenheim reported in the interview, “Ken Adam, the production designer, played around with notions of bunker-modernism, high tech, power, and brutalism, and mixing it with this sort of very comfortable domesticity.” Like all of the homes in the book, the Elrod House (the lair of iconic Ian Fleming villain Ernst Stavro Blofeld) was selected for architectural qualities that are extremely alluring, yet reflect a sense of malevolent power.

The Sheats-Goldstein Residence, perched 400 feet above Benedict Canyon just outside Beverly Hills, offers stunning views extending to the ocean. Hess appreciates Lautner’s bold use of concrete and glass here, as well as his innovative response to a challenging site. “The way the house balances a completely private oasis with a magnificent connection to the city is one of its best design features,” he says. With a coffered concrete ceiling soaring above a triangular living room and shading an adjoining outdoor pool, the house is one of the most spectacular in Lautner’s portfolio.

Originally constructed in 1963 for the Sheats family, the home was purchased in 1972 by current owner James Goldstein, one of L.A.’s most colorful personalities. The eccentric fashion maven — his signature look includes exotic leather jackets and wide-brimmed hats — is frequently seen courtside at NBA games, socializing with the likes of Rihanna, Steph Curry or Snoop Dogg.

The gracious, soft-spoken Goldstein paid only $185,000 for a house that today, if not already promised to a local art museum, would trigger a bidding war among celebrity collectors of architecture. “If the house were on the market today, I’d expect it to sell for somewhere in the $80 million dollar range,” says the homeowner.

Goldstein was a Frank Lloyd Wright fan since childhood, exposed to the luminary’s work in his native Wisconsin, and has been a conscientious steward of a home authored by a Wright protégé. “The house was in horrendous condition, but I could see the great design,” says Goldstein, who began seriously restoring it in the late 1970s. “From that point until now, there has been construction on the property almost every day,” says the owner.

Goldstein’s first architect for the remodel was Lautner himself, then an aging designer whose stardom was fading — his celebrity status did not fully emerge until after his death in 1994 — and therefore accepted the commission. “We were always on the same wavelength,” says Goldstein of his collaboration with Lautner, who adds, “He never had an ego problem, and was very receptive to my ideas.”

In the 1990s, Goldstein acquired another Lautner-designed residence next door to build a private entertainment venue. He was criticized for tearing it down, but insists he incorporated the concepts of Lautner into his design. “The intent was to do it as John would have done it,” says Goldstein.

In the 1998 film The Big Lebowski, Goldstein’s home was portrayed as the party house of adult film producer Jackie Treehorn, played by the great actor Ben Gazzara. The disheveled Jeffrey “The Dude” Lebowski (Jeff Bridges) is seen slouching on a cushioned concrete sofa built into the home’s signature living room, which dramatically opens up to the pool and city views beyond. The Sheats-Goldstein Residence also appeared in the 2001 movie Bandits starring Bruce Willis, Billy Bob Thornton and Cate Blanchett.

Lautner’s most over-the-top house is the Chemosphere, a glass-sheathed octagonal structure perched atop a central pedestal, looking more like a flying saucer than a home. Erected in the Hollywood Hills in 1960, the home has a sizable filmography, including a role in director Brian De Palma’s 1984 film Body Double and the 2000 release of Charlie’s Angels.

The architecture of Lautner’s mentor, Frank Lloyd Wright, has frequently appeared in film, with New York’s Guggenheim Museum racking up an extensive list of credits. Prominent among his residential designs is the Ennis House in L.A., a textile block residence vaguely reminiscent of a Mayan temple. Its appearance in director Ridley Scott’s dystopian cult favorite Blade Runner generated new admirers for the landmark.

Among mid-century modern enthusiasts, Richard Neutra commands a particularly devoted following, as his sleek clean-lined houses appear incredibly contemporary today despite being designed 60 to 90 years ago. His early-career Lovell House — built in 1929, it was decades ahead of its time — was most notably featured in the Academy Award-nominated film, L.A. Confidential, where it served as the home of well-heeled pimp Pierce Patchett played by David Strathairn.

Much of the magic of moviemaking can be attributed to compelling locations, and even the most gifted set designers cannot rival the work of the mid-century modern masters that forever transformed the art of residential architecture.

MORE FROM OUR BLOG

8 Reasons to Retire in Sarasota

All the best reasons to spend your retirement in Sarasota.

Everything You Need to Know About Waterfront Living

A guide to enjoying an idyllic lifestyle along the water in Longboat Key.

7 Reasons to Work with an Experienced Luxury Realtor When Selling

Ensure your next real estate transaction goes smoothly and is a success by employi...

What Buyers Are Looking for in a Luxury Waterfront Property

Buyers seeking waterfront property expect a lot from their homes. Here are the lux...

Why Secondary Homeownership in Florida Can Be an Excellent Investment 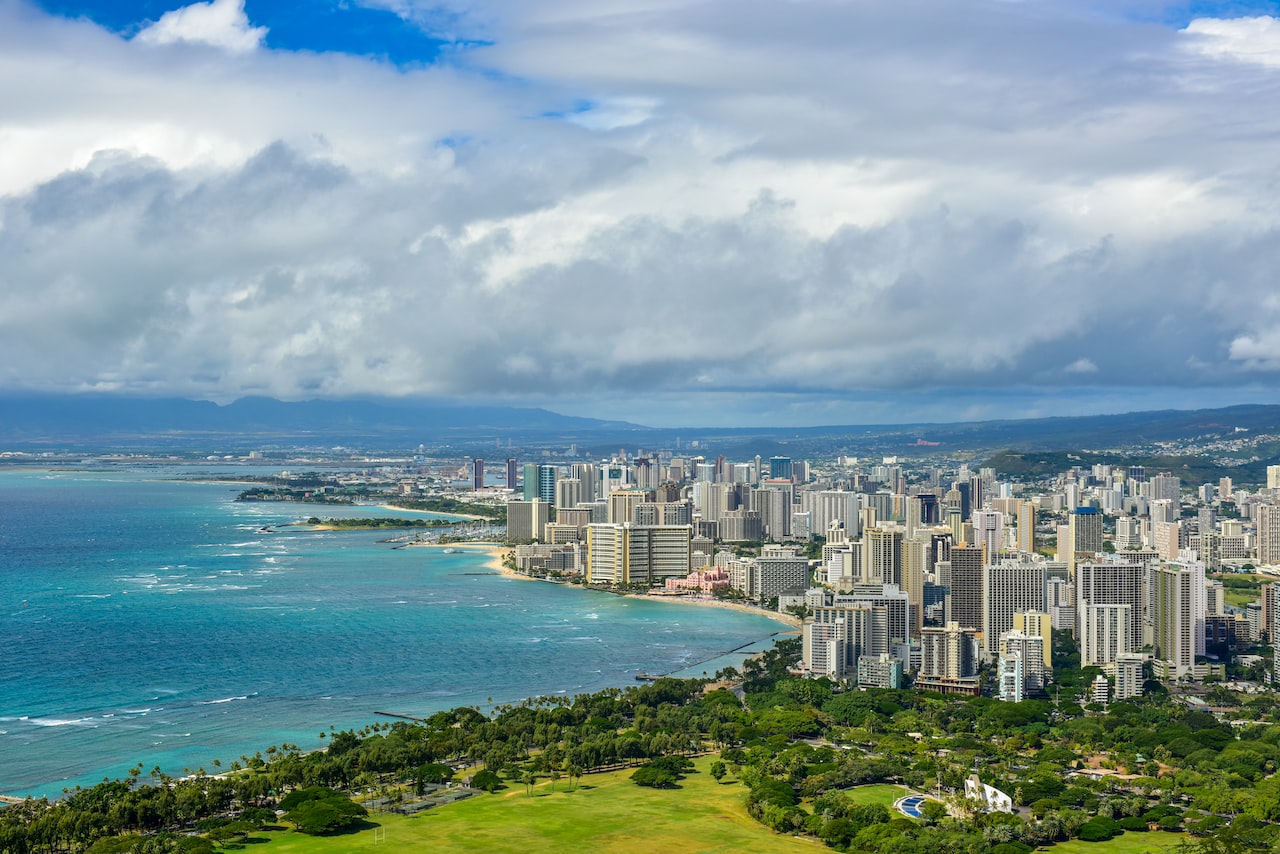 What $5 Million Buys in Five Cities

In the upscale Phoenix suburb of Paradise Valley, the median list price is $2.5 mi...

This little island draws a lot of attention, but why?

Things to Know Before Purchasing a Luxury Waterfront Property

Dream homes can come with big price tags. Know where your money goes before purcha...

If you’re looking to give your post-pandemic travel plans a boost, consider space ... 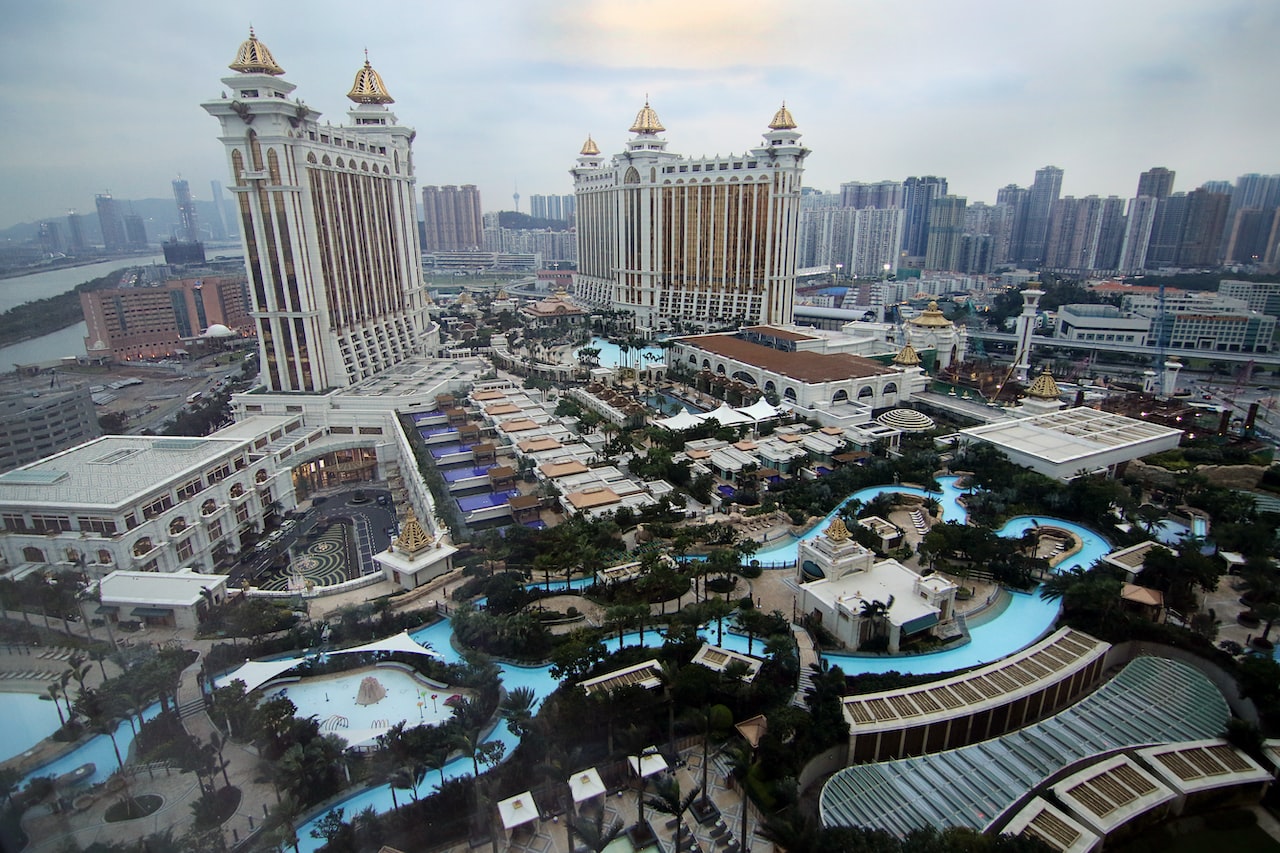 Only a Ritz-Carlton managed property can offer this level of luxury amenities and ... 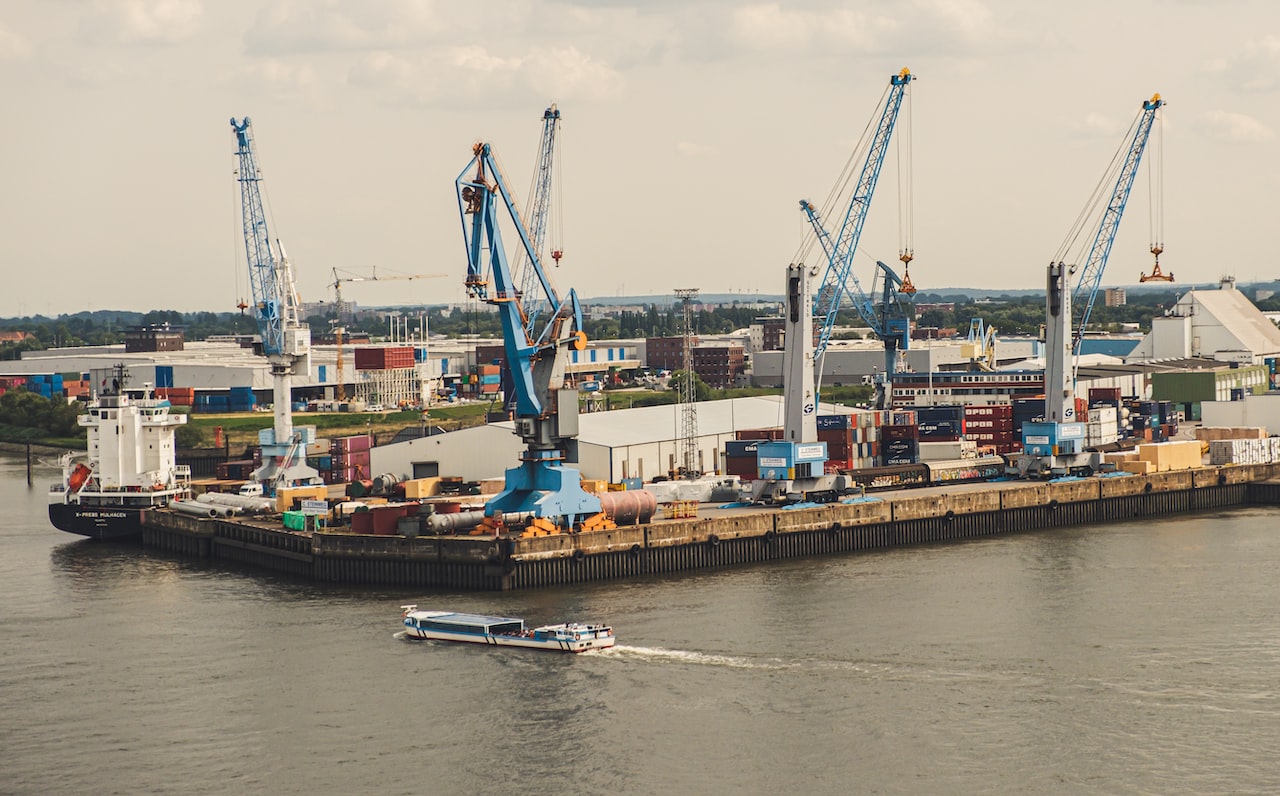 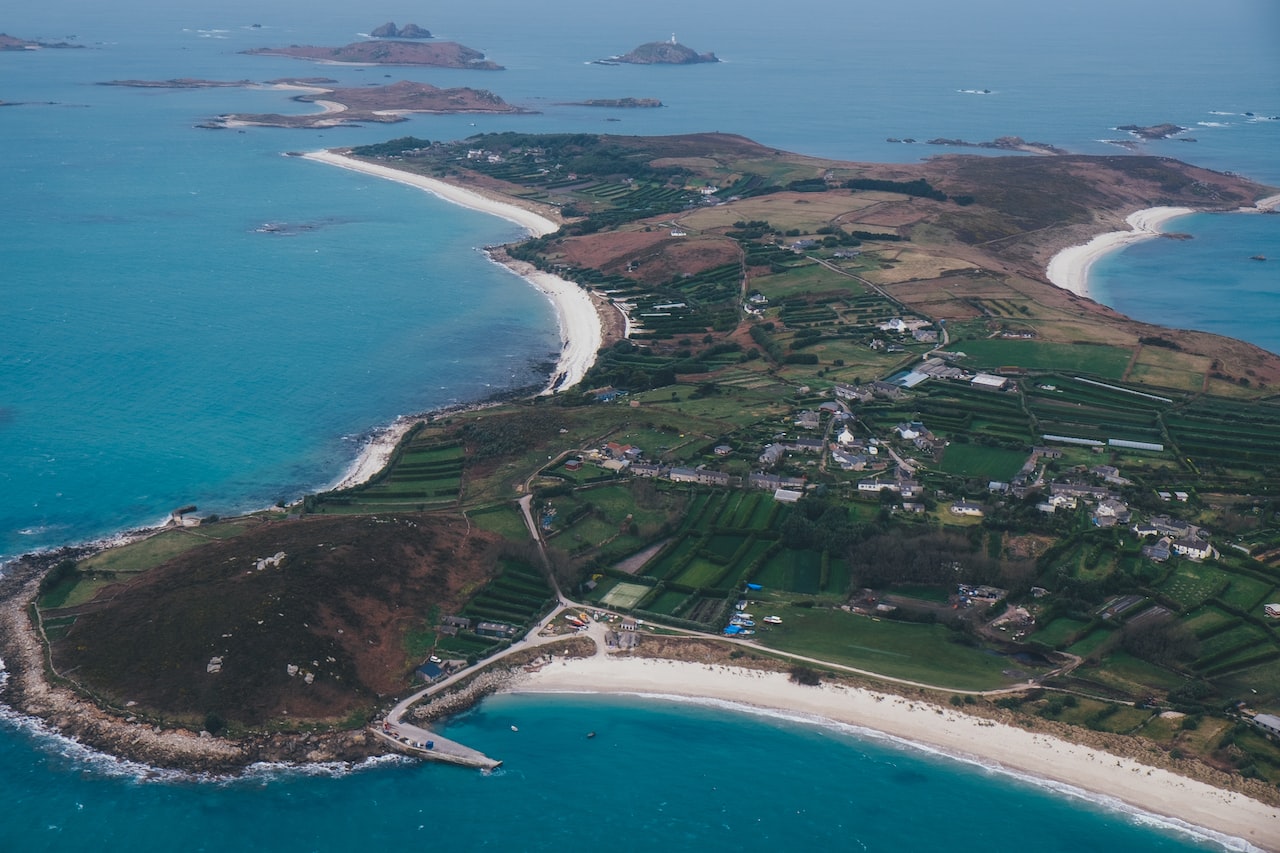 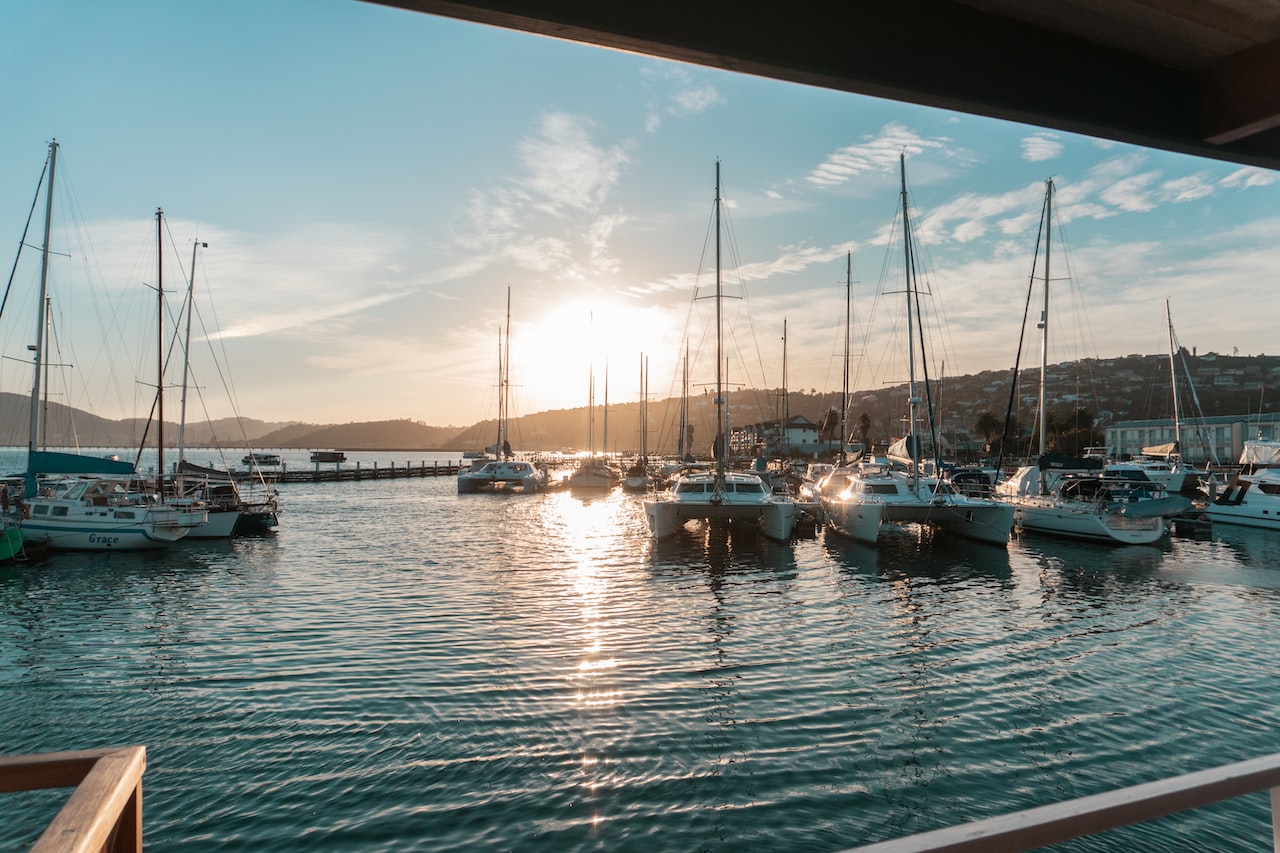 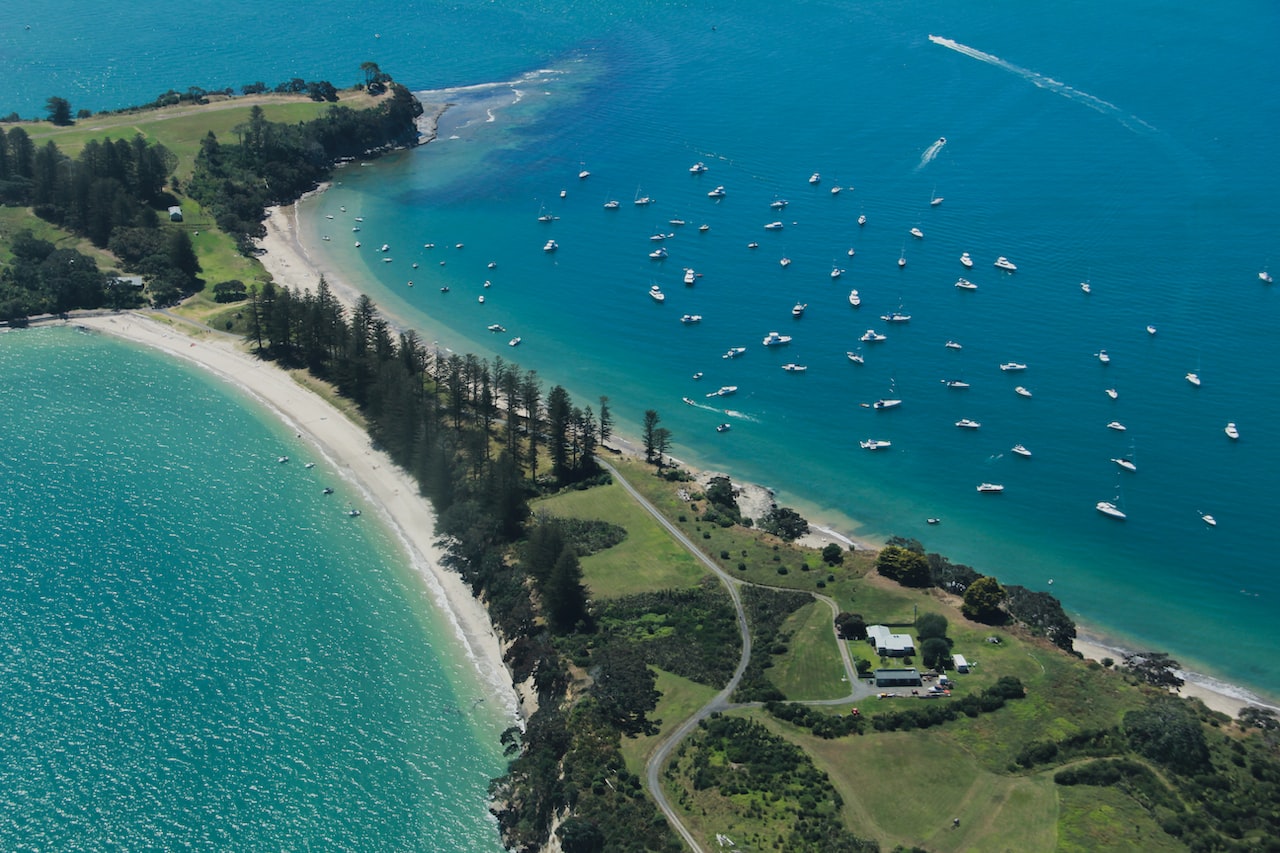 Pending and sold condominiums of these luxury properties in downtown Sarasota. 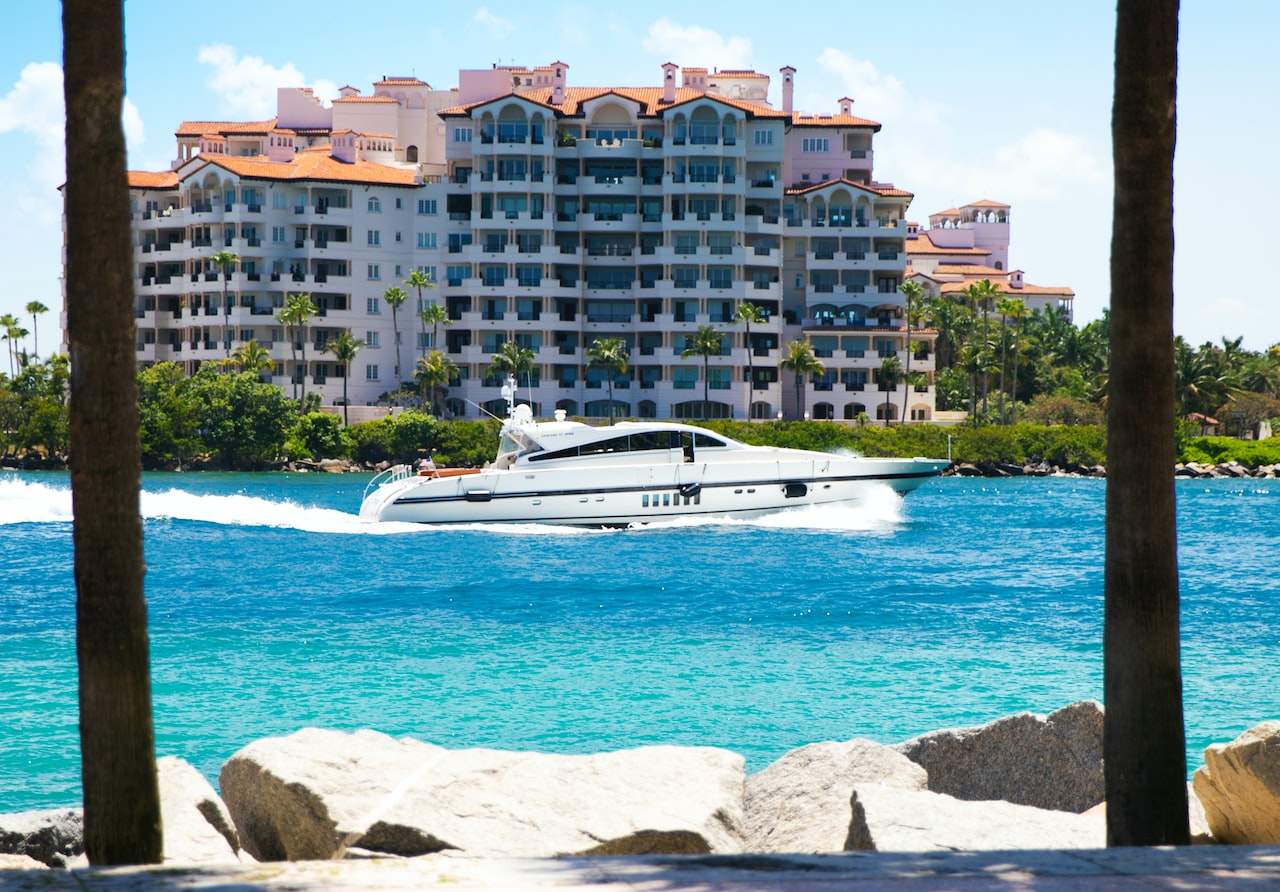 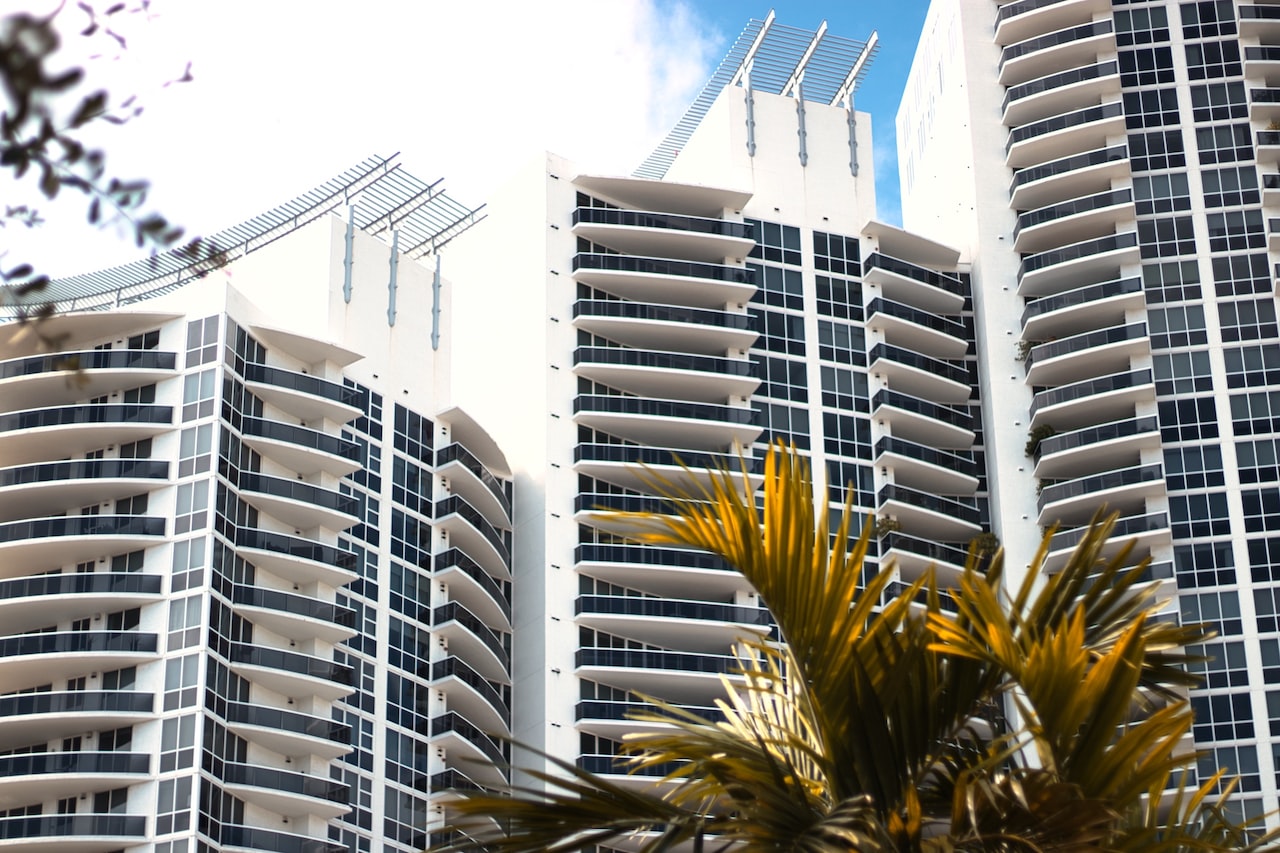 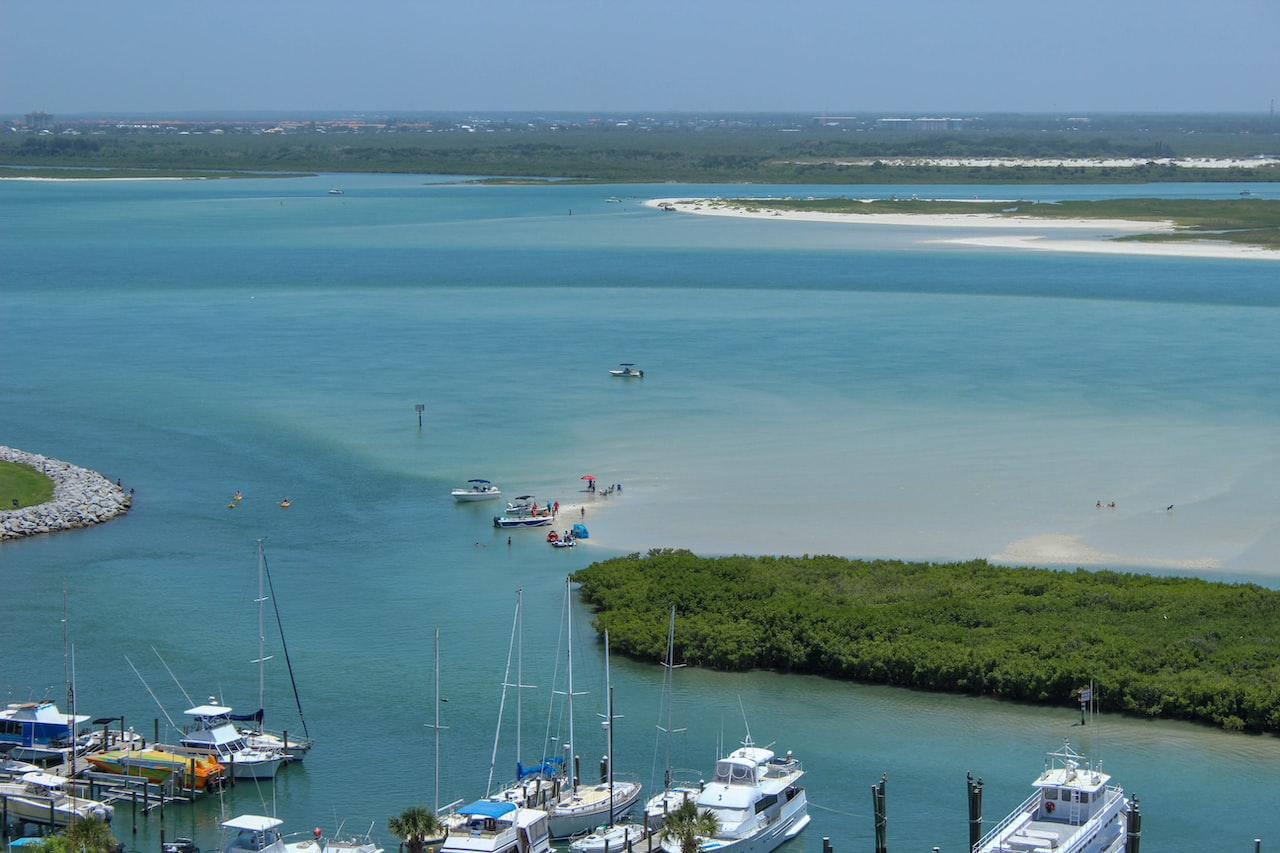 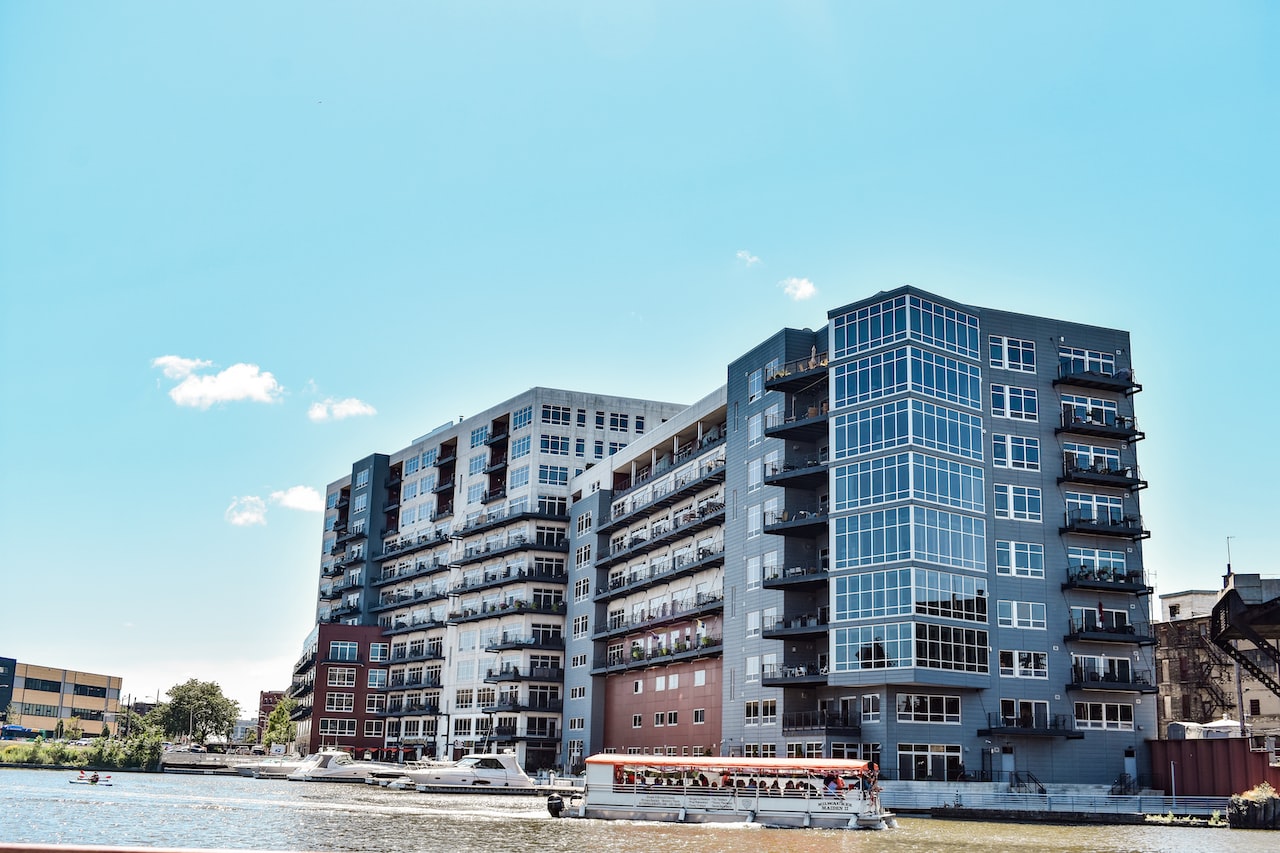 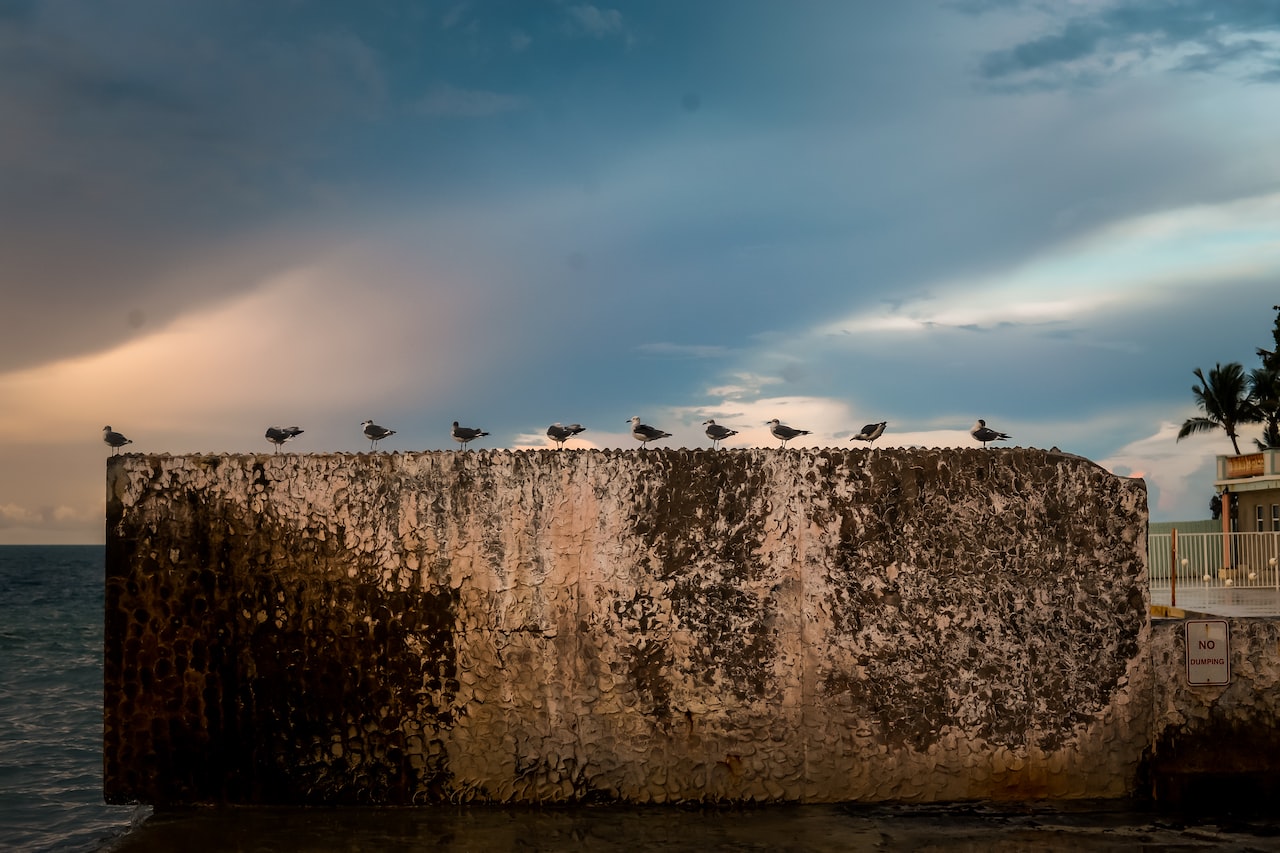 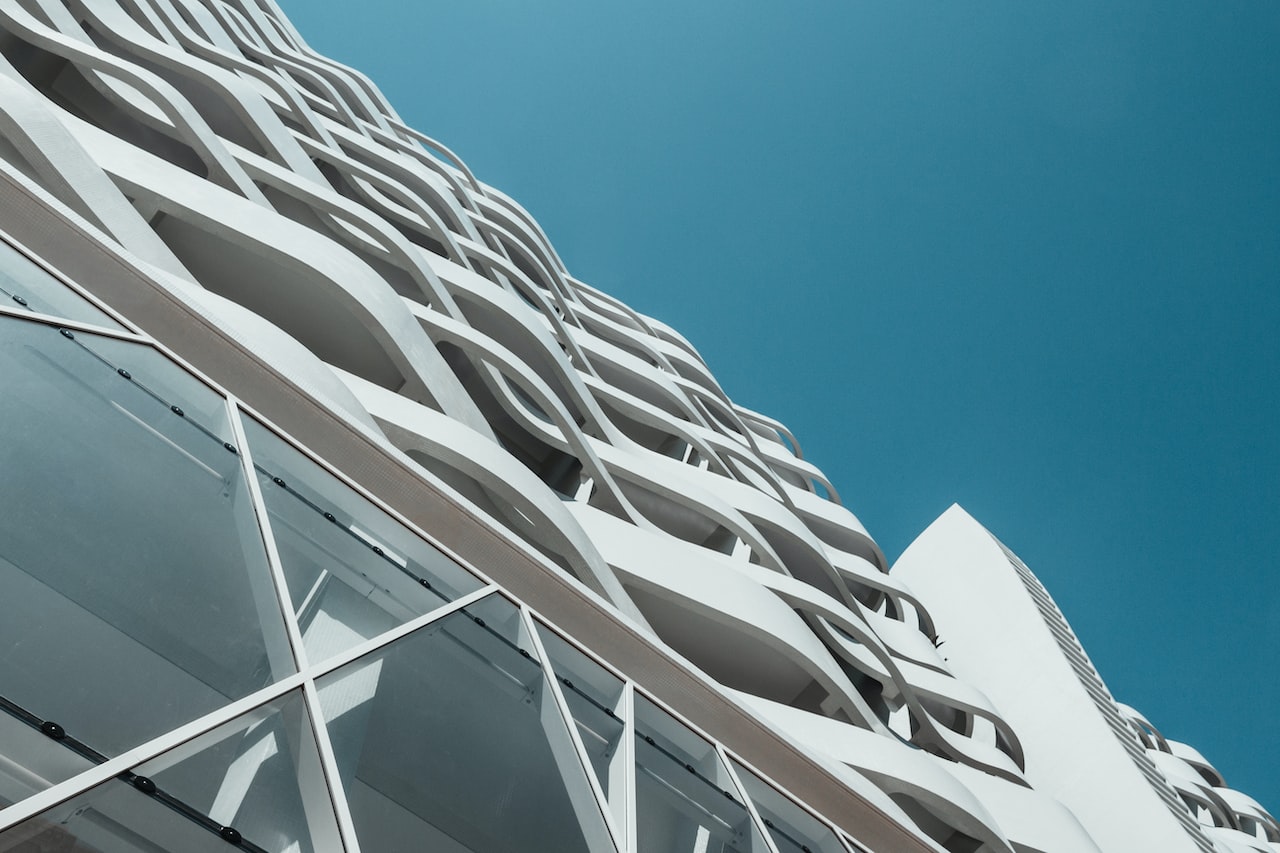 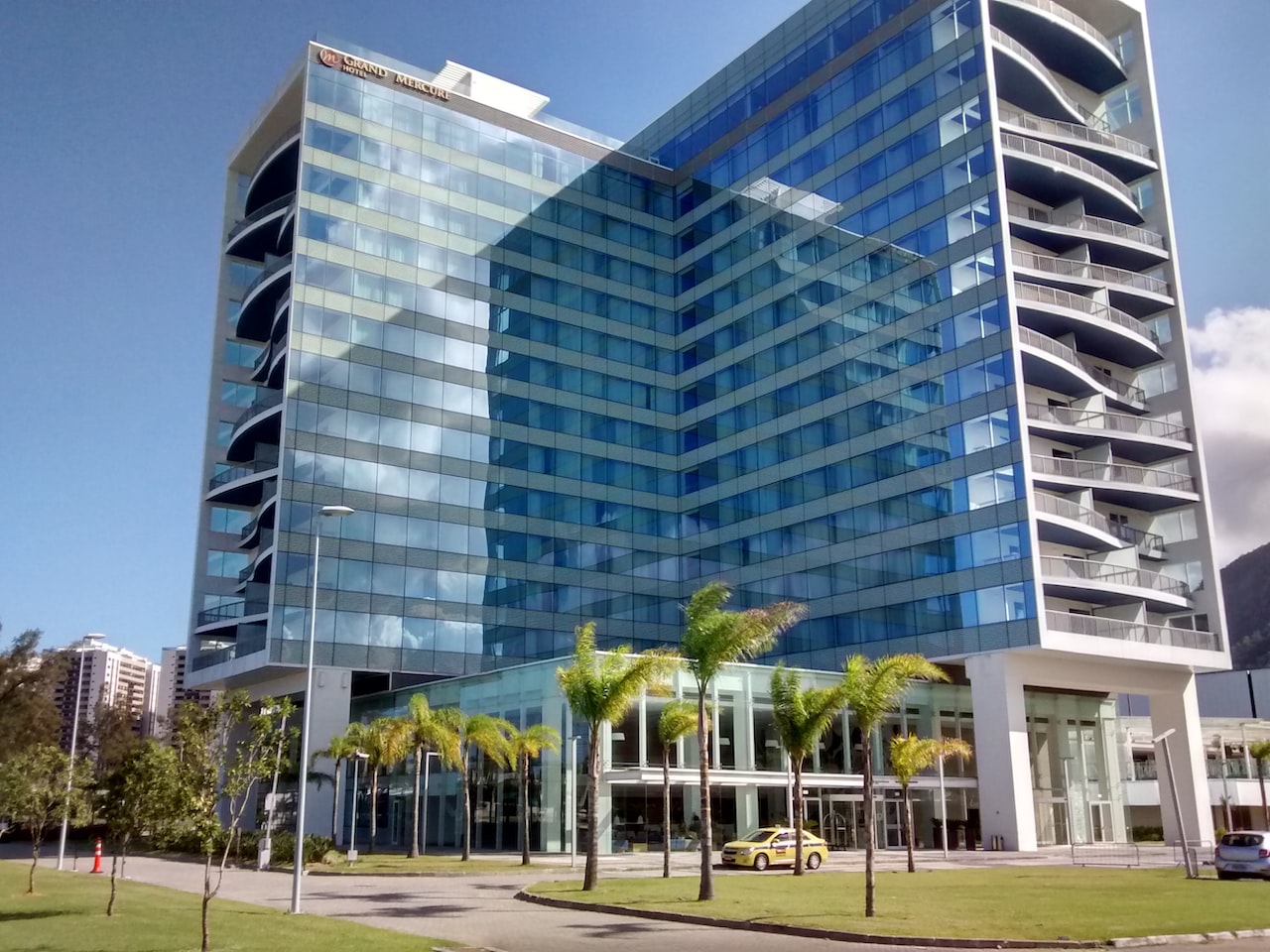 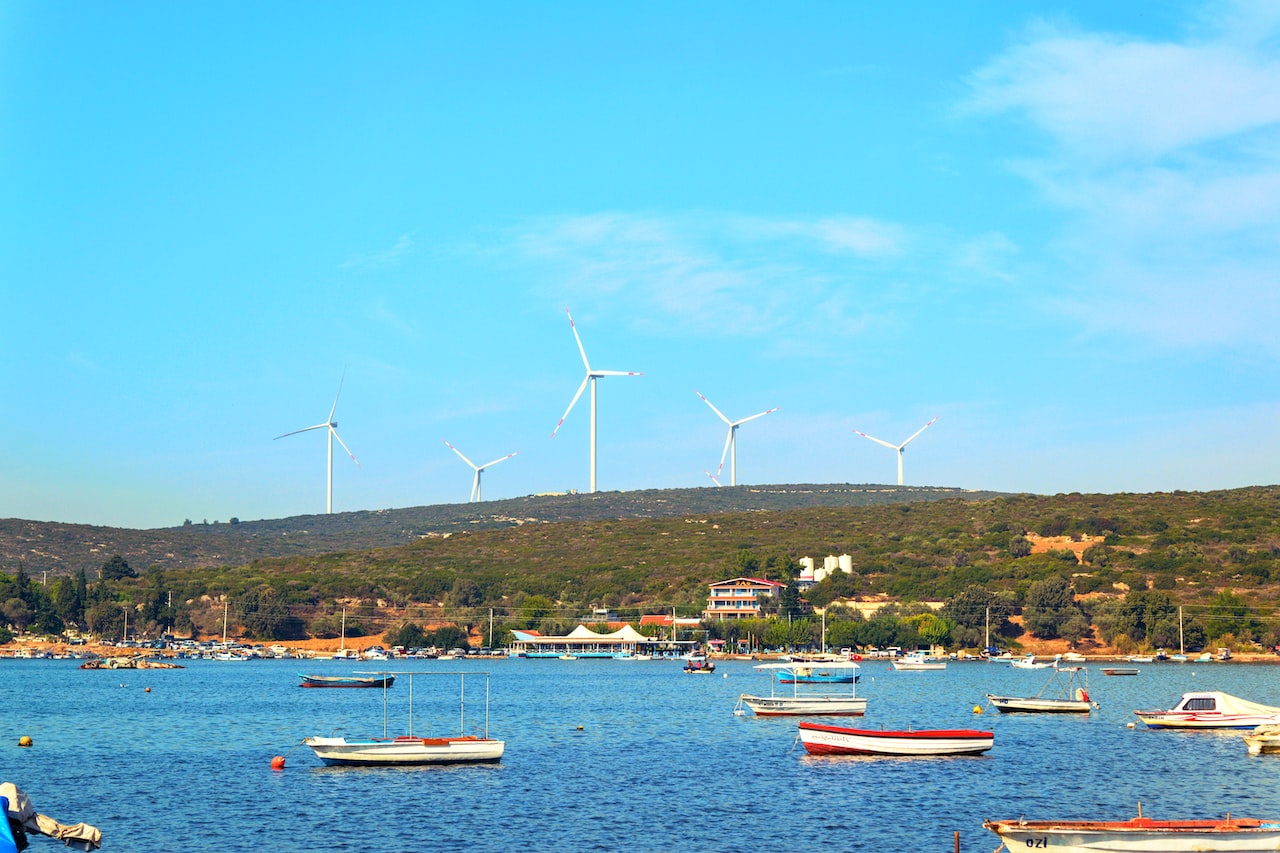 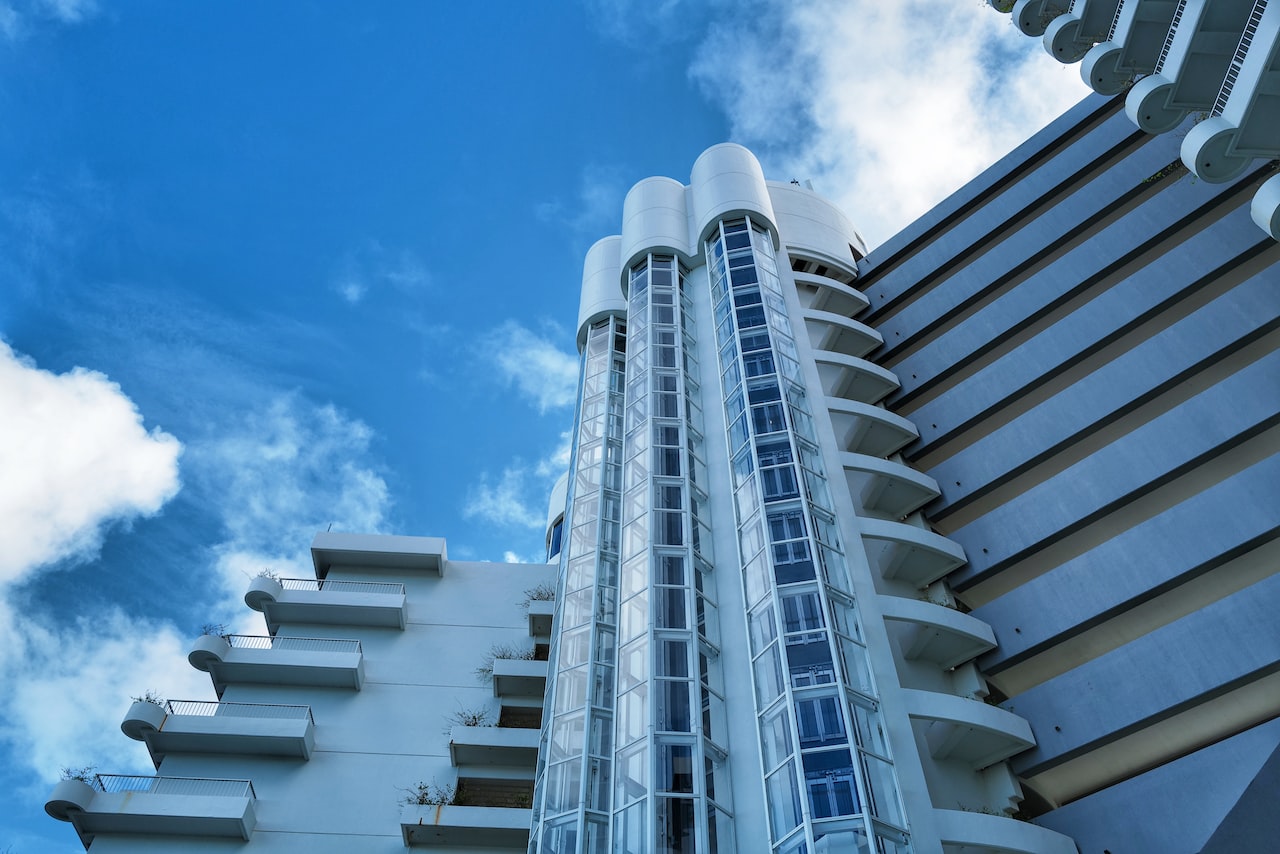 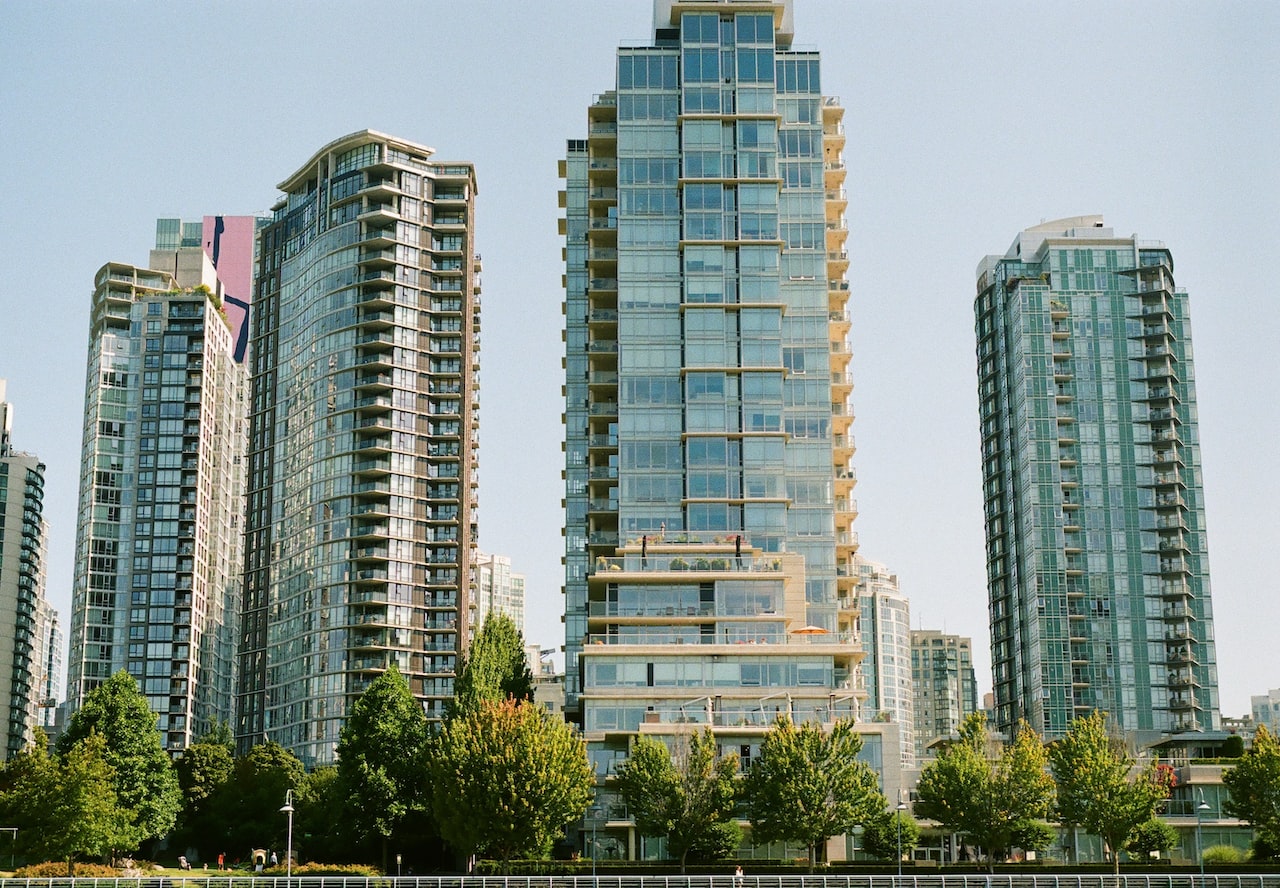 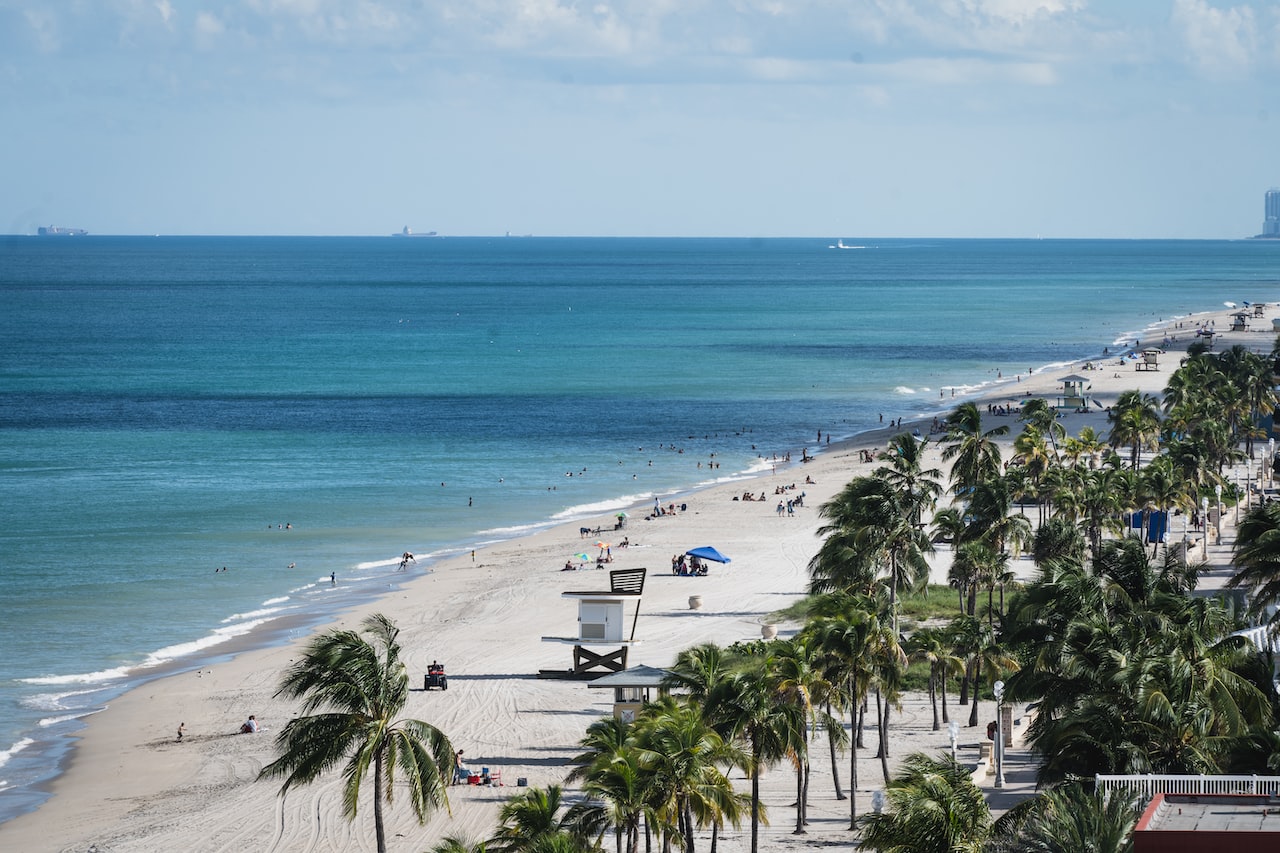 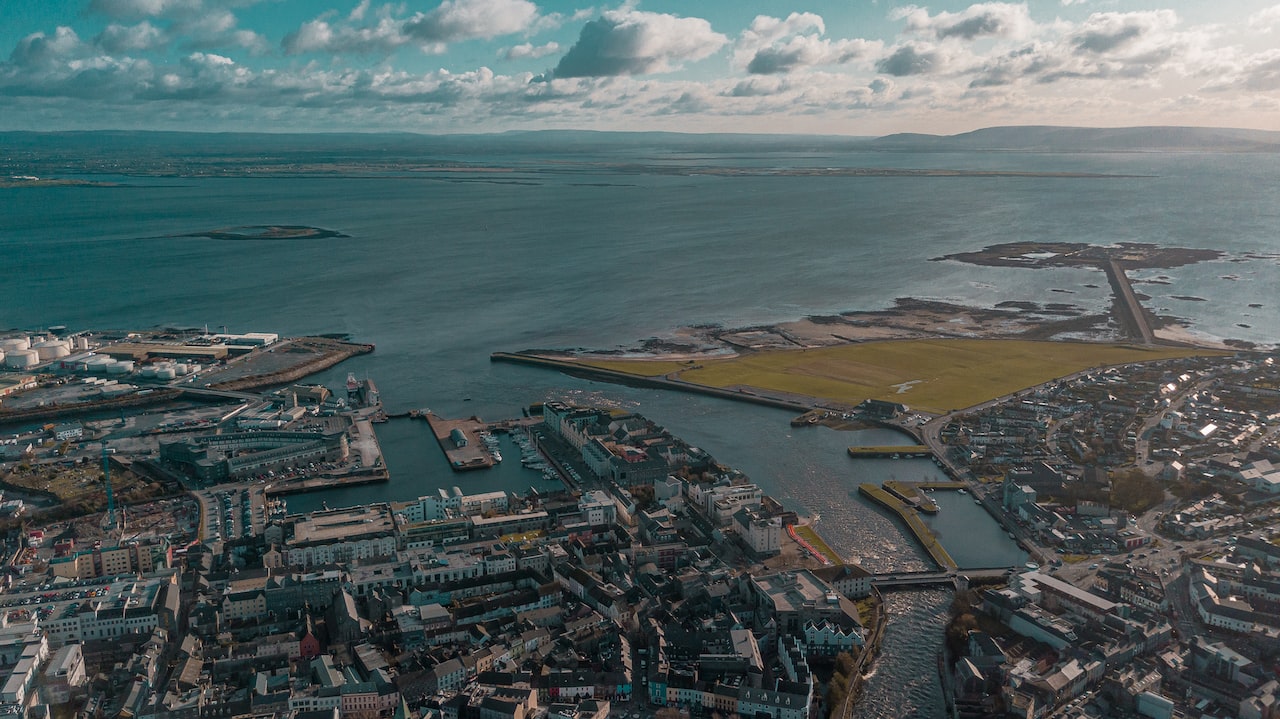 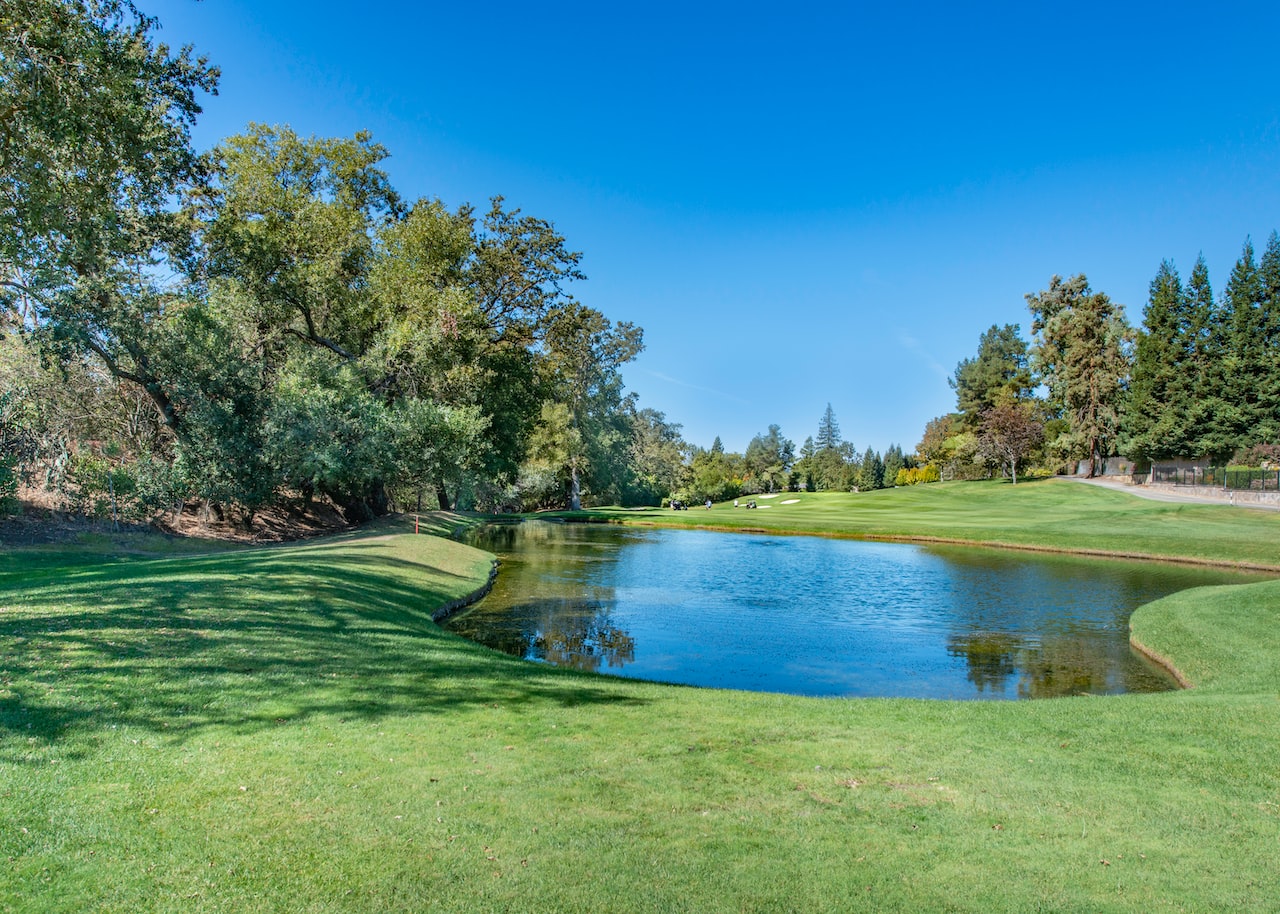 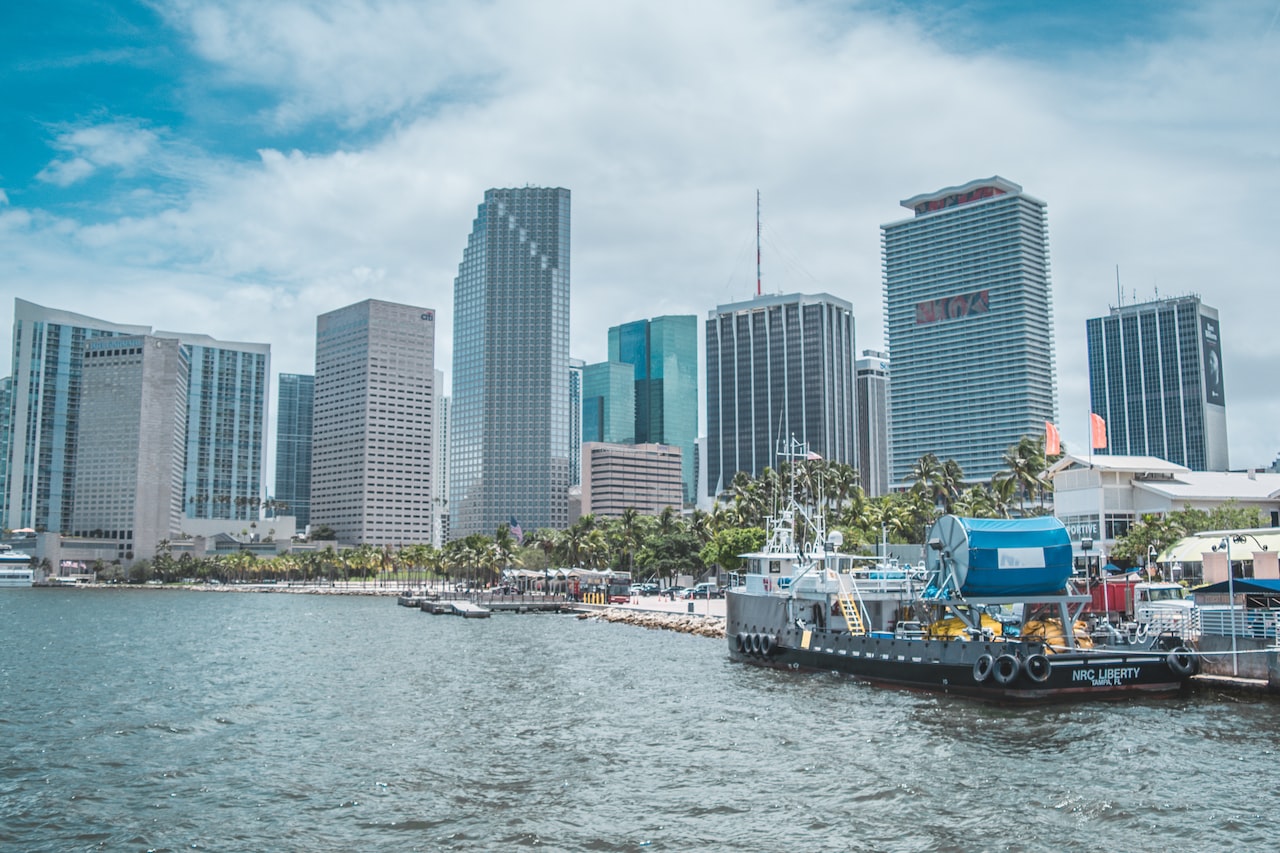 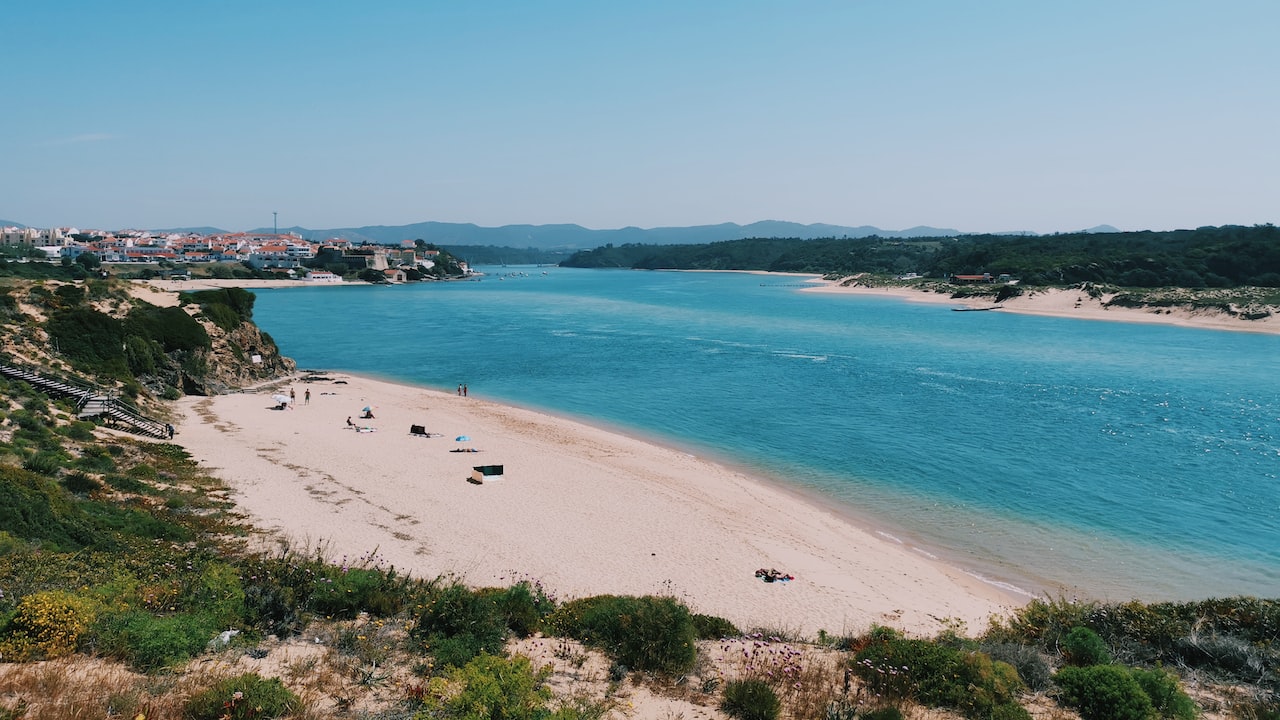 How to Buy and Sell Simultaneously

Financing, logistics, and making sure you can afford to buy and sell a home simult...

Los Angeles is sometimes portrayed as a sea of sprawling, nondescript subdivisions... 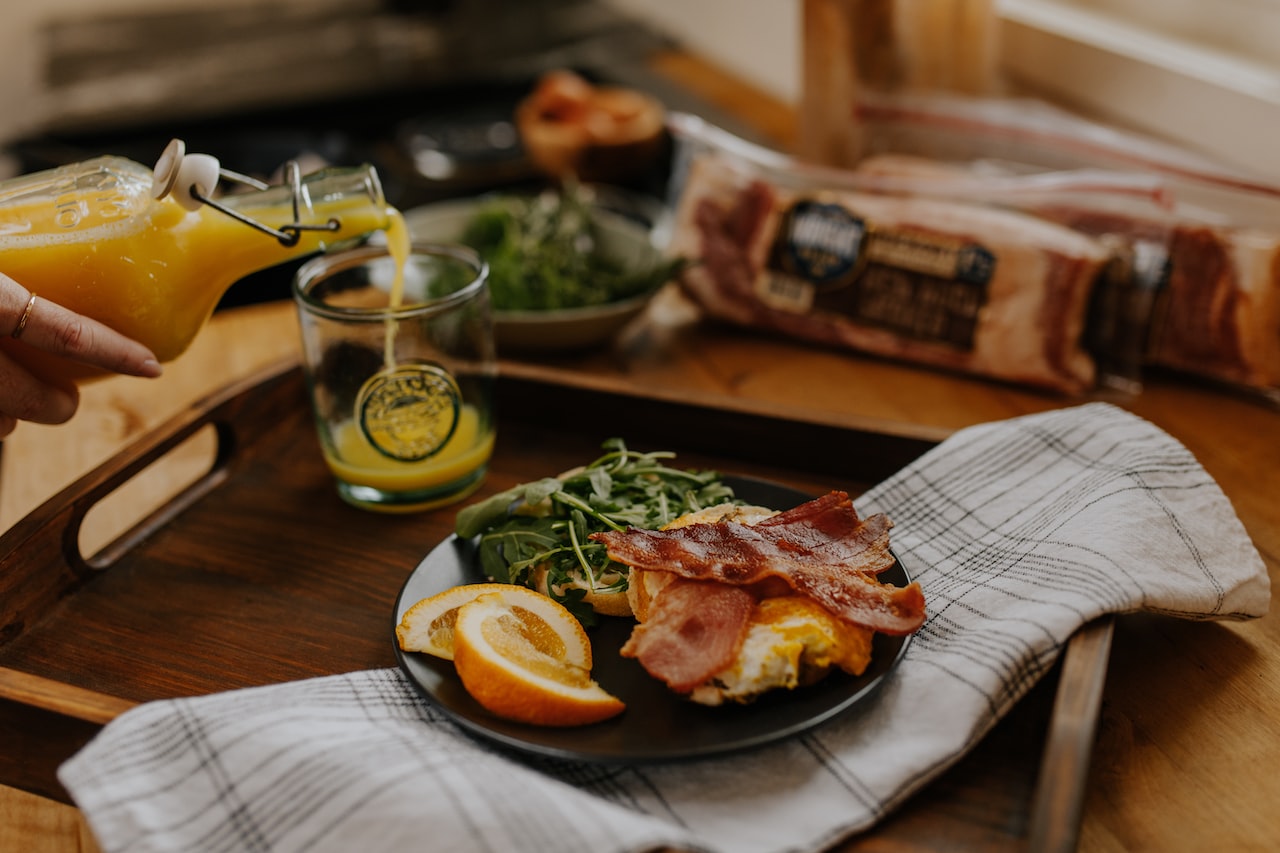 Dinner in a Dome

But how do you fight a pandemic and mother nature at the same time? 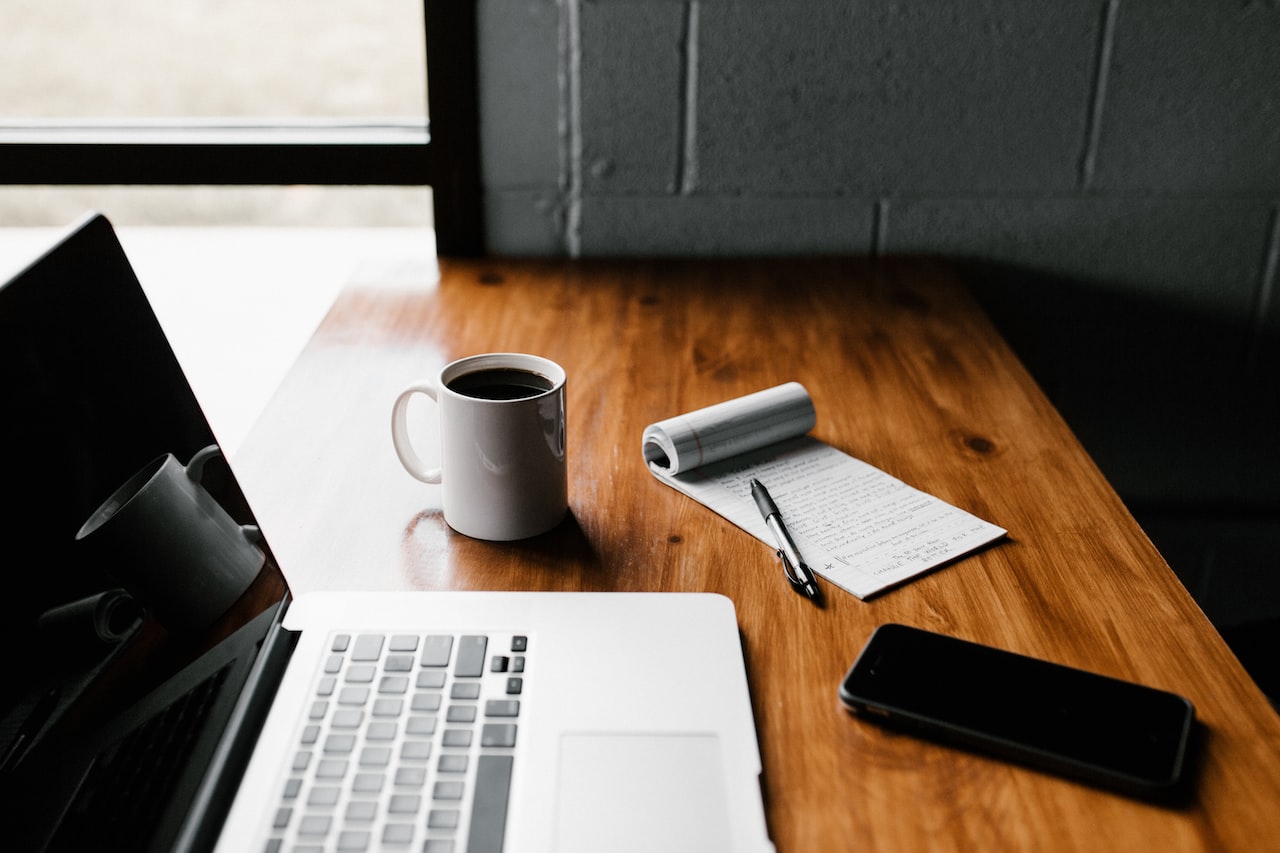 3 Must-Do’s When Selling Your House This Year

Today, homeowners are living in their houses for a longer period of time. 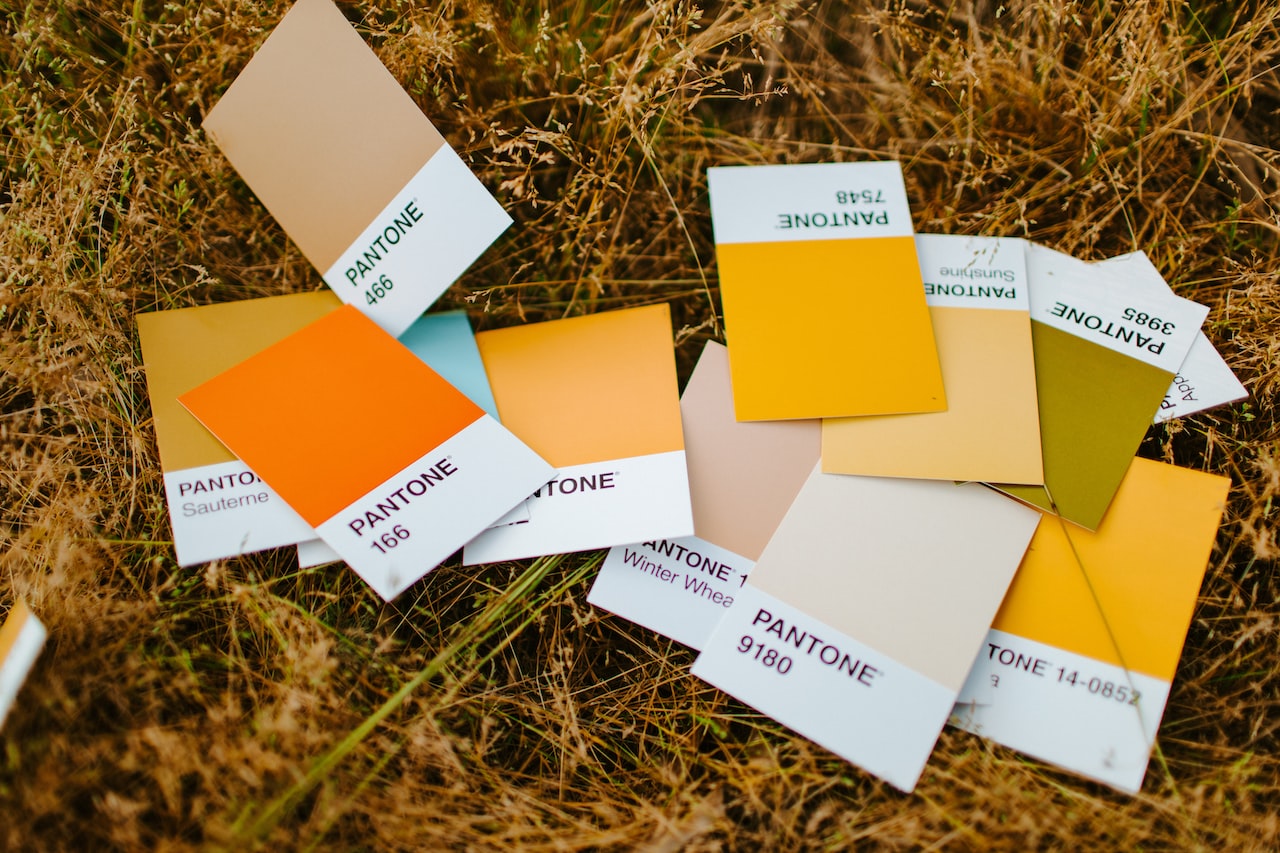 Pantone Color(s) Of The Year 2021: Ultimate Gray And Illuminating

When used in a home environment, the combination of gray and yellow have unlimited... 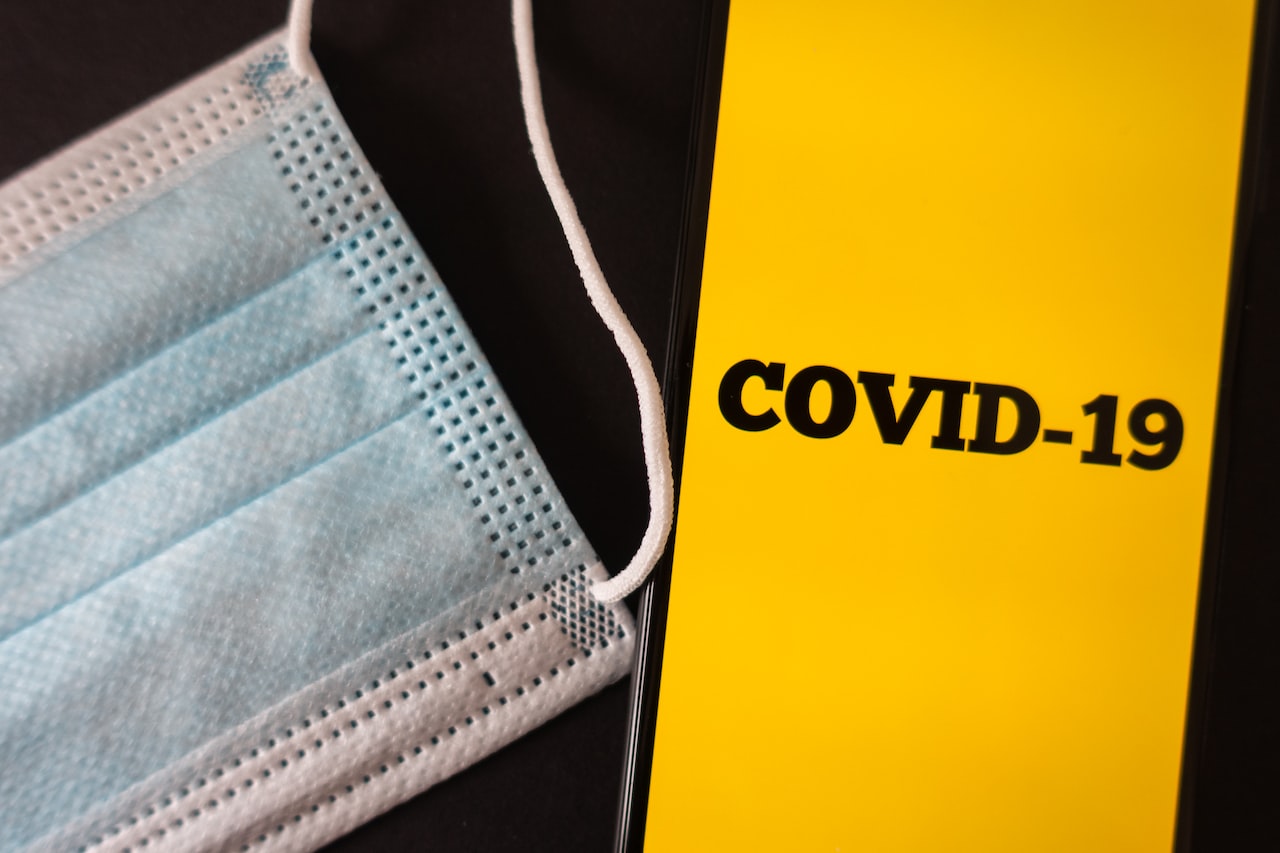 Want to protect yourself while traveling but not a fan of masks that obscure your ...

Roger’s record simply speaks for itself. He has contracted and sold over $2 billion of luxury property in Sarasota and Manatee counties.